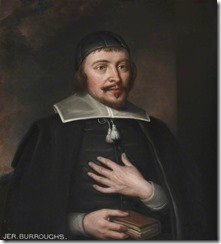 Last Sunday we finished our series in Philippians and considered the themes of contentment and generosity. I probably treated contentment in a slightly cursory fashion and limited most of my remarks to wealth and poverty given that was the context of the passage. However, I wanted to return to the theme because it is a massive issue for Christians.

Many of us have reasons for discontent. Perhaps we are single when we would like to be married and there is a loneliness there. Maybe we struggle with health issues or just a tendency to be emotionally downcast. As we get older some of us will be aware that life hasn’t quite turned out as we expected. Some degree of discontent is probably appropriate- after all we live in a broken world that means currently we groan as in the pain of childbirth.

But overall discontent can be dangerous. It can make us hard work for other people to be around, can limit our witness and, at its worst, can hinder our service because we have our eyes fixed on our woes rather than what we can be doing positively. And yet overcoming discontent is hard- it is definitely a lesson to be learned as Paul says as opposed to an instant experience.

Such issues are what led Jeremiah Burroughs to publish his Rare Jewel of Christian Contentment in 1648. It is an extended reflection on Philippians 4:11 and seeks to encourage Christians to learn the secret of contentment. It is not an easy read- it took me 18 months on and off to get from start to finish. So, given that the majority are unlikely to read it, I will endeavour to summarise five key lessons from the book. These are not necessarily Burroughs’ main themes- a look at the contents page will give you those. Rather they are my reflections on what might help me most towards contentment on the basis that they might help you as well.

1. Give thanks for God’s mercies

I am increasingly convinced that thanksgiving is one of the key disciplines of the Christian life. Burroughs is keen to emphasise that, even in the midst of suffering, we have reason for thanksgiving:

“If you would consider, you have many more mercies than afflictions.”

Often suffering shouts at us and demands our attention. Yet if we think about it we have many causes for gratitude. Indeed the very fact of our life is a free gift given by God:

“Suppose a man were entertained in a friend’s family and did not pay for his board, but had it given him for nothing. You would not expect him to be ready to find fault with everything in the house, the servants or with the meat at the table and the like.”

The Christian is in an even more blessed position for not only do we have the good things in creation but also every spiritual blessing in Christ. Commenting on Ephesians 1:3 Burroughs says:

“It may be that you have not such great blessings in earthly places as others have, but if the Lord has blessed you in heavenly places, that should content you.”

Discontent happens when we focus on our sufferings. Contentment comes about when we deliberately set out to recall God’s mercies to us and thank Him for them.

2. Don’t look too far ahead

“If we have bread for today, Christ would have us content.”

One of my dangers over the years has been to look at the potential pressures over several months and wonder how I will cope. And yet life doesn’t work like that. A better way is to consider how Christ will give me resources for each day. That seems to be the way God works in the Scriptures. In Exodus 16 the manna appears each morning- the people are called to trust that the Lord will provide each day. In Lamentations we read that God’s mercies are new every morning. Worrying about tomorrow is always likely to lead to discontent and achieves no purpose. Better to trust that the Lord will give me what I need to cope with each day.

I have seen this at work in the area of singleness particularly. I am well aware of some of the pains of that issue. However, it seems to me that those who have coped with it best are those who have turned their singleness into an opportunity for service and being devoted to the Lord’s affairs. That doesn’t take all the discomfort away by any means but it does give a sense of purpose and, often, a greater sense of being included within a church family.

“A gracious heart has contentment by getting strength from Jesus Christ.”

This is the point that appears to be closest to Paul’s thinking in Philippians 4. For Paul the greatness of knowing Jesus was the thing that had the ability to thrill his heart whatever his outward circumstances. Burroughs plays on the somewhat underplayed image in our day of Christ as our spouse. “You are the spouse of Jesus Christ. What! One married to Jesus Christ and yet troubled and discontented? Have you not enough in Him?”

It is a healthy discipline to give thanks to God for His mercies. Equally healthy is to think about Jesus and turn that into praise. Perhaps particularly it is worth thinking about where Jesus meets our specific need. If we feel weak then He is strong and holds us fast. If we feel lonely then we remember that He really does love us and eagerly desires to be married to us forever. That pattern of thinking won’t happen naturally. It is something we need to learn.

I had a fascinating conversation with somebody after Sunday morning. They were noting that being in a position of plenty where you can be generous is emotionally easier than being in need but probably spiritually more difficult. I think that is right actually. By far my deepest times of enjoying Christ have come from times of being in the emotional depths. So we can see that God has good purposes in times of difficulty that can lead to a sense of contentment. Listen to Burroughs again:

“You know what the Scripture says, how hard it is for rich men to go into the Kingdom of Heaven. Such a text should make poor people content with their state.”

“Usually when God intends the greatest mercy to any of His people He brings them to the lowest condition.”

I’ve written recently about my own potential source of discontent. However, one of the things I am most thankful for was how at an early stage God powerfully spoke 2 Corinthians 12 into my life. This was a thorn that was designed to humble me and make me weak that I might ultimately be strong. Of course there has been pain since then- that’s the nature of a thorn- but there has never been a sense of it being meaningless. No- God has a purpose in bringing us to a point of need. Ten thousands years into eternity we certainly won’t regret it. Pondering that should aid contentment.

There is great power in contentment. One last quote from Burroughs:

“If a man (forgive the archaic language) is contented to be in a low condition…such a one is shot free…from thousands of temptations of the Devil.”

That’s right. If we are thankful for what we have then we won’t be grasping for more and temptation to sinful pleasures will lose its power. So this becomes a vital aspect of the spiritual battle and a major opportunity to shine like stars in a discontented age. But it won’t simply happen. We need to go to Christ’s school, learn these lessons and actively pursue them.